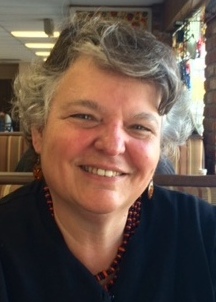 I was born and raised in Sacramento, California, to a “Sunday Catholic” family. In first grade, I attended parochial school with Sisters of the Holy Cross, then transferred, in second grade, to the public-school district and completed my education in local public schools and colleges.  At an early age, I was fascinated with Mystery. By the time I was in 6th grade, I had read every book in the mythological section in my school library. Even then I had an innate awareness of something beyond what I could physically see or touch. I was a very shy, introverted child. When my family of extroverts would overwhelm me, I would sit outside on the back porch, where it was quiet and gaze at the stars for hours. I have always had a very strong sense of God being everywhere. I was quite fascinated with the sisters in my parish. After watching “The Nuns Story” at age 8 or 9, I remember announcing to my whole family that I wanted to be a nun. (They laughed!) It wasn’t until my junior year in high school that the desire returned.

After meeting the diocesan vocation director, S. Sheral Marshall, and later working as an instructional aide at an elementary school staffed by several of our Franciscan Sisters, I remember sensing, “This is home. This is where I want to be.” During my junior year of college, I lived in our affiliate house in Sacramento along with five other college-aged women and two Franciscan Sisters. After that year, I wasn’t ready to commit to that kind of communal life but, after several years, when I began to pursue a Master’s degree in theology, and realized I was still doing all the same things as a parish leader that I was doing when I was part of the affiliate house community, I decided that I needed to revisit the possibility of joining our community. Since I was pretty sure it wouldn’t work out, I took a little envelope to the novitiate with enough cash for a return bus trip to Sacramento. At that point I was almost 27.

After graduating from university with a B.A. in social work and a minor in early childhood education, I taught kindergarten for 2 years since, after graduating from university, there were few openings for social workers. The second year, I lived with our sisters as a candidate, the step before admission into novitiate. That year I had 35 wiggling kindergarteners in the morning session and another 35 in the afternoon. One was a little boy named Robert whose mother was the morning session room mother. He was an only child. For Mother’s Day, he brought me a corsage. His mother, embarrassed, told me, “I tried to tell Robert that you’re not a mom, that you don’t have any children, and he said, ‘But mom, she takes care of all of us just like a mom’.” Thirty years later, as a requirement of my employment at a Sacramento parish, I attended a training workshop. Partway through, while listening to the trainer, I realized he seemed very familiar. It turns out he was a grown-up Robert! Afterwards, I introduced myself and we excitedly shared about our lives. I was glad to learn that he was happily married with three children.

The reason I decided to enter the Franciscan community the second time around was because I was so inspired and energized by our sisters. They were very socially aware and active: protesting nuclear arms, working for justice, doing social work, researching, and working in parishes in addition to teaching and nursing. Since I was raised in a patriarchal family, I was especially impressed by strong women making a difference in the world as well as the fact that their spirituality was aligned with sacred presence everywhere.

I try to live simply, with an eye to how my choices affect the planet and those who struggle for enough, food, shelter, and other necessities of life. My work as a spiritual director and retreat leader allows me to bring together people from the mainstream and from the margins of the dominant society. I believe that encounters between people living in different realities, with differing perspectives give birth to a fuller experience of being human. An example of this is a group of women meeting for lent. Because it was a 6 pm meeting, each selected an evening to bring a snack. When it came time for a woman living on a disability pension to bring her snack, she offered a crumpled package of cookies. Since I have pretty plates at the center, we arranged the cookies on a plate with a doily and I put them in the center of the circle, announcing who brought that evening’s snack. No one made a move towards the cookies, so I picked up the plate and passed it around. There were many remaining after the first round, so, after a bit, I passed the plate around again and they were all eaten. The woman who brought them was thrilled because she could share a snack with others. One of the women in the group was always impeccably dressed and well educated so I wondered what she thought. The next time I saw her, she said that she wanted to talk about those cookies. She shared that she doesn’t eat food like that and that she was initially rather upset with me but, upon reflection, her perspective had changed. She said, “I was thinking about it on my drive home and realized that it was the most meaningful Eucharist I have ever participated in.”

That God, the sense of immanence, of presence, truly is everywhere. The ordinary presence of the Sacred in our lives is accessible in the world around us and in the people, we are with. The things that put a sparkle in our eyes, the events that we mourn, that sacred presence is here, there, everywhere. Franciscan spirituality celebrates interconnection between all things and provides a way to discover that we are responsible to and for one another regardless of our social, political, religious, familial, and cultural differences. WE. ARE. ONE. If one life is changed by my presence, it matters to that one and therefore benefits us all.

Brenè Brown, social worker and therapist, says:  “Comparison is the thief of joy.” If it is true that we become very good at what we practice, then I prefer to excel at kindness, respect, and joy rather than comparison. I also try to live the following passages from scripture: “Be still and know that I AM God.” Psalm 46:10 and “Glory be to God whose power at work within us can do infinitely more than we can ask or imagine.” Ephesians 3:20.

After 25 years of working in parishes, I discerned a persistent invitation to create a space that would welcome, support, and challenge every person on a spiritual journey. That’s how the Franciscan Living Center was born. The sisters in my community have validated and supported me in that endeavor. For the past fourteen years the Urban Center for Spirituality has held space for people to share their life story, their sacred story.

We continue to support the emergence of community through sacred conversations that have meaning in relation to the complexities of daily living as we offer embodied prayer practices such as art as meditation along with more traditional forms such as centering prayer. You can learn more about our Urban Center for Spirituality at www.franciscanliving.org.