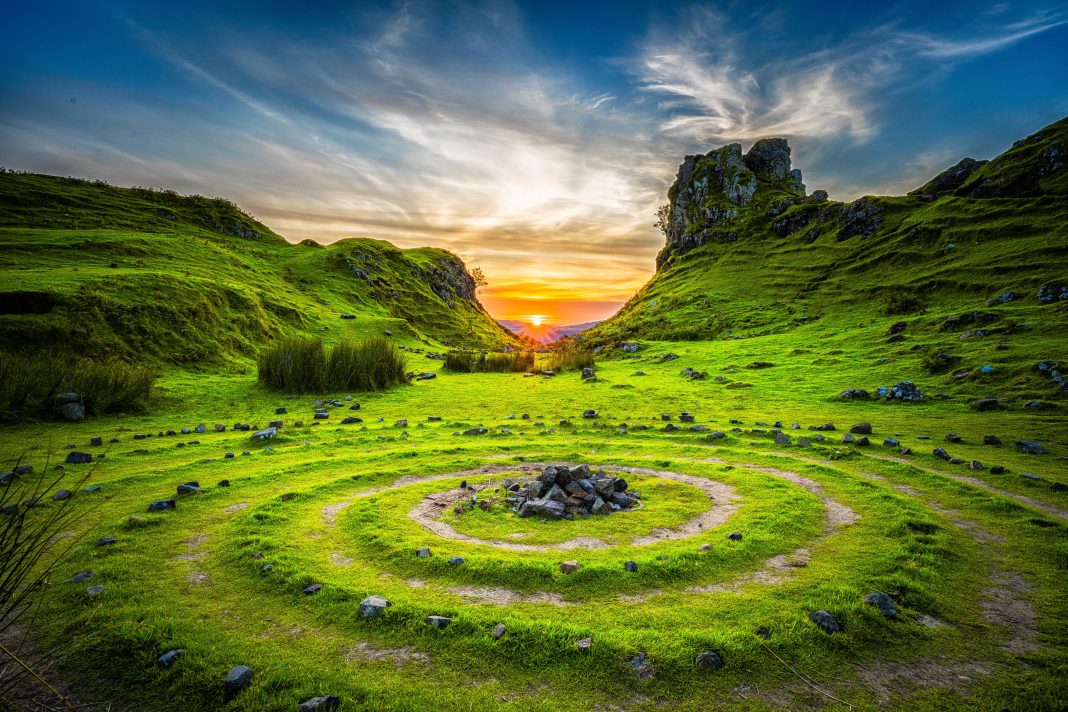 We immigrated to the United States when I was barely walking, at almost 3 years old. My dad was a tailor by trade. However, prior to marrying my mom and starting a family, he was studying to be a priest and living in a monastery in Zapopan, in the state of Jalisco, Mexico. Zapopan is home to three monasteries, including the Basilica of Our Lady and the Abbey, a seventeenth-century Franciscan sanctuary. Though my dad was called to another vocation, faith was paramount to everything he did. Our stay in East Los Angeles was brief one, as one of us became ill and we returned to our grandmother’s care in Guadalajara. My fondest childhood memory is of my grandmother. She was our guardian and the perfect role model for a loving caregiver. A former teacher, she homeschooled us, embodying a magical charm that inspired us want to learn more. I had the best time while learning with her! We sang rhyming songs to understand math. We loved to read, and she even made our chores super fun. More important than learning, our faith was central to who we were as individuals and as a family. We lived next door to a church that was named after my godfather, a local priest.

I was a member of a Franciscan Youth Club where Father Norman was a mentor and a guide. He was my spiritual advisor. Thinking back, I recall that he asked me to play Jesus in the Lenten performance of Way of the Cross, which we called Via Crucis. The devotion that this Passion Play commemorates includes 14 key events on the day of Christ’s crucifixion. Enacting the role of Jesus had an impact on my life, with several adults in the parish supporting me. My future wife’s mother found and bought a wig for me to wear in the play and her family invited me to family dinners and prayer sessions. As members of the youth group, she and I were supported to stay on the right path. Later, I served as a catechist at St. Turibius Church and School. It was exciting to see students want to learn more about our faith.

I think choosing to be Franciscan was not an option. We were Franciscan regardless of where we resided, in Mexico or the U.S. Because Minerva and I share everything, our journey of faith is a path we take together. When the opportunity to become associates was presented, both of us were excited to accompany the Sisters of St. Francis. My wife and I vowed to love one another until the end of our days so we decided early on that commitment to one another was not 50-50 but a promise to live our life like our faith–100 percent. As a result, I want to be a better person for everyone I love and anyone I encounter along my
journey.

Primarily, I am very aware of the many roles I’ve had over the years as son, brother, husband, son-in-law, father, uncle, and grandfather. My dad lived to be 102 years young, and I admired my brother who opened his home to our dad as he aged. He set the standard for being a responsible, loving brother and son, so much so that, when my mother-in-law passed away, I became a companion to Minerva’s dad (who had once teased me as a young man dating his daughter that I could legally qualify to be an exemption on his federal income tax return). The bond between us grew over the years. It was much more than a string of meals; it was years and years of shared kindness. He treated me like his own son.

I live my faith and I strive to be an example to my children and to my treasured grandchild.

My favorite song is “Make Me a Channel of Your Peace” and my favorite saying is “Sí Se Puede.”