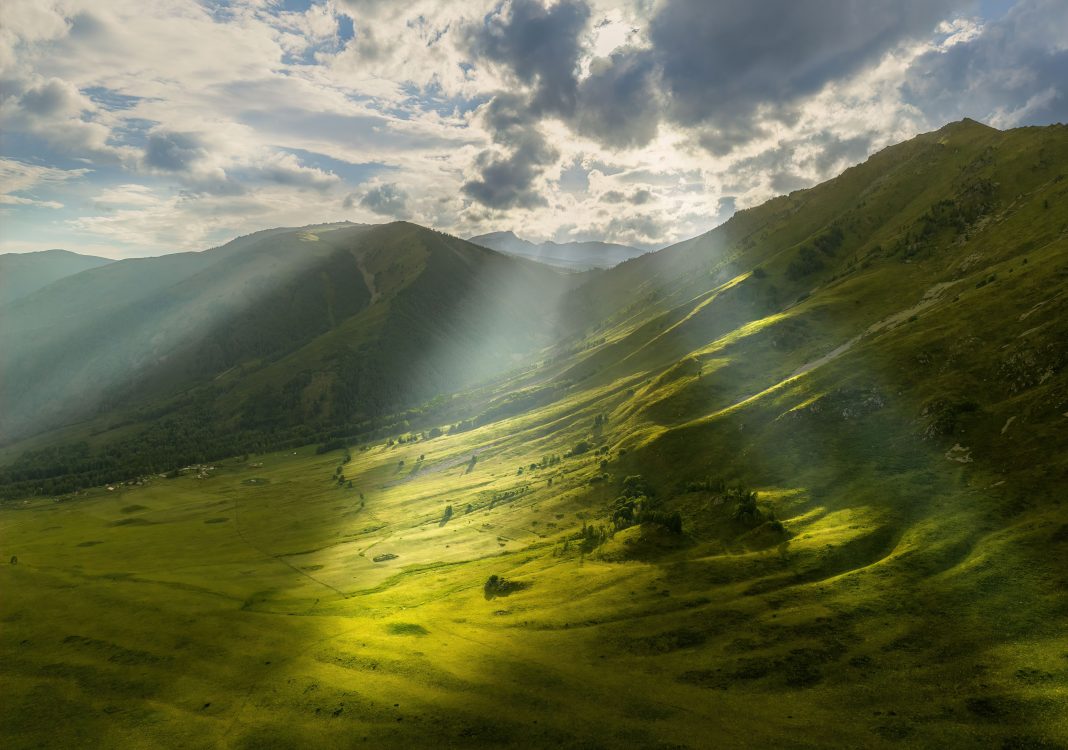 I was born in Washington State, number 5 in a family of 10 siblings, with the first six of us born one year apart. My dad was a farmer and coal miner. We grew up on a farm in rural Washington and rarely went to the closest town, maybe once a year. In addition to my siblings, I grew up with a lot of cousins. There were four of us in the same class at the local public school. A couple of us were even double cousins – representing both sides of the family. Grandma lived down the road, aunts, uncles, and cousins lived in the valley nearby. In addition to daily work on the dairy farm, we also helped out in the fields, especially during the summers. Before third grade, I worked in the strawberry fields, which is how I earned my school money. After that was hay season, then oats, then weeding. We also had a huge garden to feed our family. At Christmas time, good-hearted neighbors brought presents, but my mom said they were for people who really had needs. Our needs were met. We canned our own vegetables and fruits. We went berry picking. From an early age, we learned to cook. My mom would do all the laundry by hand. I can’t remember ever being unhappy as there were always people around and we spent a lot of time playing in the woods. It was a wonderful way to grow up.

When I was 17, I joined our Franciscan community. The years of formation were three: Postulate, Novice One, and Novice Two. Before I joined, I knew I wanted to go into medicine. As far as I was concerned, there was no question in my mind, but our Provincial Minister had another plan. We were to become teachers. So, all the new, young Sisters studied education at Mount Alverno College, learning all subjects. We even had to learn to play the piano and to teach a song, which was very difficult for me. Just as we were transferring to USF for our third year of studies, our Mother Superior was diagnosed with breast cancer. That was a turning point for me as the decision was made to shift three of us into nursing. We started at USF before we were transferred down to Mount St. Mary’s to complete registered nursing degrees.

From where we lived in downtown Los Angeles, it was a long daily commute in our very old cars. Five of us, including a couple older sisters, drove together, always with extra oil. Imagine us stopped on the side of highway in full habits, fixing the unreliable cars! This was a regular occurrence. After completing our degrees, we all took the boards for California in Arizona to expedite the licensing so that we could work at St. Francis Hospital, where there was a dire shortage of nurses. Those were the days when we worked 6 days a week. Sometimes, we were scheduled every day because we were cheap labor for the hospital though sometimes, we didn’t show up because we preferred to
volunteer in the skid row area in downtown Los Angeles. This was a time of great change in the community due to Vatican 2, which was a challenge for some of the older sisters and very exciting for my age group who continuously asked, “Why?” At this time, we younger sisters moved to St. Joe’s to give the older sisters some peace from our desire for change. We were the first group in the community to start challenging the status quo, and everyone behind us challenged a bit more.

When I was in grade school, my oldest sister got involved with St. Mary’s Academy. She decided to take the entry test, passed, and was offered a scholarship. As a result of her enrollment, the Franciscan Sisters there told my parents that they would gladly offer scholarships to any of their children. Before I enrolled, I had already been influenced by the Maryknoll magazines that my mom received and knew that I wanted to be a nun. The kind Franciscan Sisters teaching at St. Mary’s confirmed that knowing. I loved it there. My best friend, (previous Sister and now Associate) Michel Gallegos, and I managed the snack bar and the movie nights and everything else we could. I even became the student body president. Not once did I waver from the decision that I would become a nun.

After working at St. Francis, I worked in Mexico for 3 years and learned Spanish. It was there that I realized my desire to be a midwife. So, I went to a nurse midwifery program in Kentucky and became a nurse practitioner before returning to Mexico for another year-and-a-half to deliver babies and teach the local girls the basics of nursing, including injections and first aid. When I returned to the States, I began working at USC Women’s Hospital, where, soon after, I was sought out by a Dr. Kanily who asked me to start a birthing center in downtown Los Angeles. I took him up on his offer and Sister Lisa, who was a nurse, worked with me. Sister Lisa and I did prenatal care, deliveries,
and home visits for a year. Sometimes we didn’t go home because we worked 24 hours a day. Almost all of the women we served were Spanish speakers and I was grateful for the proficiency I gained in Mexico. I was able to deliver babies for anyone I knew personally without charge. It was a great ministry.

Through this experience, my original desire to become a doctor returned. Finally, after several years of working as a nurse, Sister Michele, who was the Provincial Minister, approved my request to enroll in the pre-med courses I didn’t take in college in order to take the MCAT and qualify for medical school. I learned from an advisor that I had to get “double digits” in the reading and quantitative tests—which measured IQ—in addition to passing the chemistry, biology, and physics portions of the test. Because I wanted to start as soon as possible, I registered in a self-taught program on October 4, the Feast of St. Francis, where I taught myself physics and organic chemistry. I recall that
receiving my MCAT scores was mind boggling. Chemistry was my lowest score though it was higher than average, and I got double digits in everything else! In Quantitative and Reading, I was in the top 5%. Instantly, I was invited to interview at all the medical schools I had applied to: Emery, Tufts, and UCSF.

In San Francisco, two people interviewed us. One was in Family Practice which was my biggest interest. The first interviewer asked, “Why would I give you a position in this class, you who have a profession?” I replied, “That’s your problem if you feel that way.” The second interviewer, on the other hand, immediately decided that she was my advocate because she knew Sister Monica and I was accepted at UCSF, one of the top medical schools in the nation at age 37. During my residency, I went into Family Practice in Natividad in Salinas, with a focus on Obstetrics. I really liked it there and thought I’d stay but, in my third year, Santa Clara Hospital was looking for residents to train and liked my idea of starting a Fellowship. I had to think about that because it meant another three years of residency, but I took the spot. That’s how I became an obstetrician and gynecologist.

When I was finished, I thought I’d return to Salinas, but I received a call from Manteca where, after two interviews, I was offered everything I requested. I started in 1991 and I’ve been here for 30 years. I started out as an employee but there was some difficulty working as an employee as a Franciscan, due to their policies. So, with the help of an accountant, I received some bank loans and started a clinic on January 3, 1994. That was a good move because the new clinic operations were based on Franciscan philosophies. No one was excluded. Sometimes we would not charge. My patients continuously say to me, “From the moment I walked in the door, I knew that was different.”
My purpose was to provide good, solid female medical care to the people of Manteca and my practice grew by leaps and bounds, but I was on a low salary to provide for the people in my office. I tried training people, but they would move on to work for better salaries. In 2007, when I was approached by Dr. Gil to purchase my practice, I agreed to sell in 2 parts: first the equipment and then the good name.

It’s not about the material things you own, it’s about who you are as presence. I share who I am by honoring the person. It’s important to me to look each person in the eye, to speak to an individual, to understand the question and answer it to the best of my ability. Having a listening ear, letting people talk no matter how long it takes My patients are so grateful for the time I spend and now, I’m part of their lives. It’s really a privilege. Life is about learning to live with and love others. If you’re living for yourself and only you count you will never be happy. You can never earn enough; you can never have enough.

I do not say I’m a sister though many find out. I live with 9 cats in the house and one in the garage. They are all different personalities. I could name them after different sisters in the community! As the years pass, my life just gets richer and richer. After twenty years of participating in medical missions twice a year in Chiapas, Mexico, we are opening an eco-friendly clinic in Palenque to serve the most underserved people who live in the city and in nearby villages. To serve the Indigenous Mayan people is such a blessing to me. It serves as a legacy of who we are as a global community dedicated to the care of the earth.

The quote I use the most is credited to Ralph Waldo Emerson: “Who you are sounds so loud in my ears, I cannot hear
what you say.”