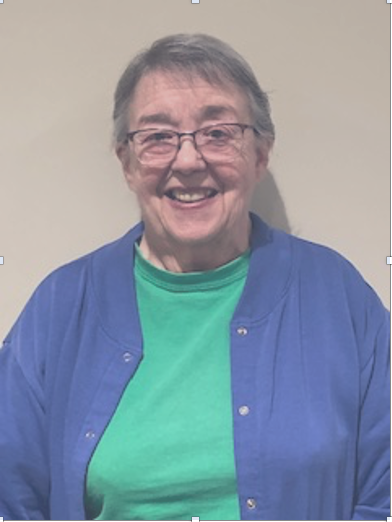 My parents, Morris, and Anna Catherine Rossmaier Lehman, were married in March 1943 just after Dad returned from Basic Training at Fort Ord, California. He fought in the African Campaign and then, with other tank commanders, crossed to the Italian Peninsula. He fought his way north of Rome. When his time was up in theater, he was stationed in Fort Hood, Texas, to serve out the rest of his enlistment. In 1944, he and Mom traveled from Western Washington to Texas by taking the inland route. I was born March 20, 1945. When Dad was released from the army, we traveled in a 1939 Dodge with a trailer behind, this time seeing some of the country that they had never seen. We traveled across

Texas into the New Mexico mountains where they encountered a September snowstorm. After stopping at a gas station to avoid the storm, a lady in the station saw my mom holding me in the front seat and rushed out and grabbed me and ran back inside. Mom was sure I was being kidnapped but later found out that the lady thought that we were cold in the car even though Dad had that Dodge running. From there, we continued to travel through Arizona and then into California.

When we were in Northern California and could smell evergreen trees, Dad vowed that he would never leave Western Washington. He never did! They bought a house east of the city of Napavine, six miles away from where Dad was raised. They stayed in the house from 1946 to 2004, when my siblings and I sold the house. My parents were a product of the Great Depression, so we gardened and raised chickens and then preserved the produce by canning and freezing. I learned to do all that work from my mom and dad. My brother, John Morris, was born in 1948 and my sister, Christine Marie, was born in 1952. I played with my dolls doing for them whatever Mom was doing for John. John was given his name because Mom thought that Dad would not remember his name as Dad had trouble remembering names of his co-workers. Christine was given her name because no one in the family had that name.

My first assignment was to the Motherhouse, Mount Alverno in Redwood City, California. I was to work in the sewing room in the morning as I had for the three years of the Novitiate. I was also the substitute cook if she didn’t arrive on time. I had phone and doorbell duty for the rest of the day until I went to bed. I was also a “free” driver, so I spent many hours in waiting rooms waiting for sisters to finish their appointments. We changed our habit to a simple brown dress and a modified veil. Since I lived on the lower floor next to the elevator where the older sisters resided, I pinned their new veiling. They would put the veil on a chair outside their door and I would go from chair to chair pinning the veils for the next morning. Once, when I was walking along with Sister Macaria, she remarked that I needed roller skates so that I could travel the long corridors more easily. We had a good laugh over that.

I entered the Sisters of St. Francis because they were the only sisters I knew. I had attended weekly catechism classes while I was in grade school, between the Sunday Masses and Summer School each year at St Francis Xavier Mission in Toledo. There was some kind of scandal at the time that I was supposed to go to Napavine High School so my parents decided that I would be a day student at St. Mary’s Academy. To get there, I rode my bike to Highway 99 and caught the local Greyhound Bus to travel the nine miles to St. Mary’s for the 4 years I was there. Sisters Manuela and Helena were the most influential teachers that I had. It was difficult for me to transfer from the public grade
school to St. Mary’s because I didn’t know how to study. I earned only one A and that grade resulted from my brother John helping me catch insects for Sister Monica’s science class. With John’s help, I had over 90 in my collection, some of which I would trade for those I didn’t have.

Now I live at Marian Convent in Santa Maria, California, where I work in the garden and arrange flowers that are given to us from Trader Joe’s and Albertson’s grocery stores each week. In May of 2017, the administrator of the convent asked the sisters to take on some tasks to support our caregivers and cooks. When she arrived at the bottom of the list of tasks, she asked if anyone knew about growing roses and I volunteered and am still supporting our gardeners each week. I usually walk the gardens with them as they take the flower clippings to their composter and give back some of their fertilizer to enrich our gardens. I try in all my dealings to share my Franciscan values, lifestyle, and
spirituality. As I interact with the sisters here, I try to be a helpful, smiling, and gracious sister to them.

I have been professed for 55 years. In those years I have lived through many changes. I am happy that I was able to know the older ways and I am glad for all the changes in religious life that make us more accessible to the people with whom we have lived and worked. The community gave me my College Educational opportunities. I got a bachelor’s degree in Elementary Education in Havre, Montana in 1977. I also attended Seattle University and became a Reading Specialist in 1994. Using the skills learned as a Reading Specialist in my classroom to help the children overcome reading difficulties was the greatest joy in my teaching days. I’ve had opportunities to serve the people of
God in so many places as a teacher: Mount Alverno in Redwood City, Sacred Heart School in Altadena, St. Jude’s School in Havre, Montana, St. Bernadette’s School in Seattle, St. Ann’s School in Tacoma, St. Francis International School in Rome, Italy, St. Turibius School in Los Angeles, and as a literacy tutor in Sacramento.

“God will provide.” (Mother Magdalen) “Yesterday is History, Tomorrow is a Mystery, Today is a gift.” (Eleanor
Roosevelt)