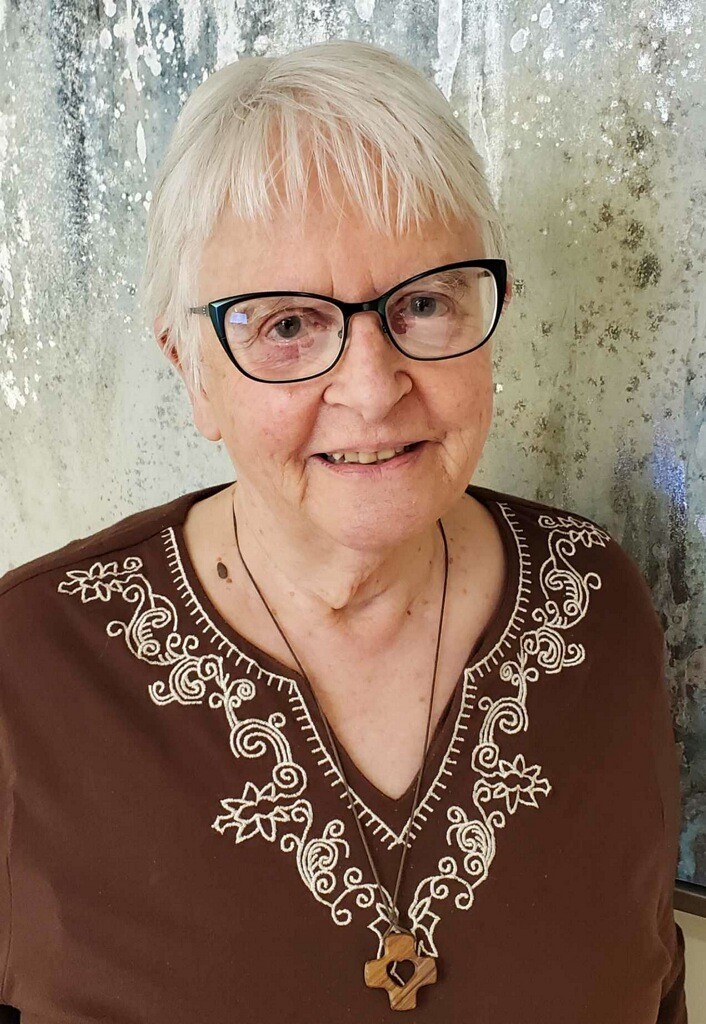 Growing up, I was one of six children, born and raised in Pe Ell, Washington, a close-knit Polish community having fewer than 700 residents today, but that is more populated when I lived there. I was struck with a serious undiagnosed illness as a one- year-old and was taken to Seattle’s Children Hospital, a distance from my home. While there, my health was so grave the doctors decided to send me home to die! My younger sister had just been born and my father was killed in the woods; WWII was taking place. Indeed, those were challenging times, especially for my mother. My Godmother gathered a group of prayer warriors to pray over me. Who would believe a small baby like me would recuperate from a debilitating childhood disease? However, I gradually recovered, which was considered a miracle, and was able to go to school as a normal child at the age of six. My grandfather, Vincent Stannek, was a trusted leader in our church community at a time when many Polish immigrants became dismayed with the hierarchy of the Roman Catholic Church. No Polish bishops or priests were officially allowed in our country, nor was the language allowed in parish schools. Our family was right in the middle of a misunderstanding that ended in a schism in the community pitting the Roman Catholic Church against the National Catholic Polish Church. When my mother remarried, I was seven years old. After the ceremony I remember a friend of my stepfather asking me what I wanted to be when I grew up and I told him I wanted to be a sister, either teaching in school or working in a hospital.

My first assignment in ministry was as a teacher in Havre, Montana, located about midway between Seattle and Minneapolis- St. Paul. It was the county seat of Hill County and had the reputation for looking the furthest and seeing the least. I was there for five years, and it always seemed something happened that made a year memorable. Although it was a “dry” cold, it could get colder and colder. The brutal Arctic air would come along and push the thermometer down, and farther down. The lowest temperature while I was there was 39 degrees below 0 Fahrenheit. Who could believe I would learn to survive that vicious cold? But then the Chinook winds would come flying in and the temperature might rise 50-60 degrees as the day progressed. The townspeople were refreshing! Lively and upbeat, as were their offspring! I experienced many a fascinating day in the classroom. My first year we had a cook but the following year we had to scale down and assume household chores ourselves. My former teacher, Sister Olivet Borky, and I paired up, changing roles, as she had never cooked before, and I was experienced in the culinary arts. You can imagine we ended up having quite a time in the kitchen!

My best friend, Pat, and I talked, dreaming of going away to a boarding school she had heard about. It was St. Mary’s Academy in Toledo, Washington. However, when her brother was killed in an accident, her family refused to allow her to leave home as we had planned, so I went by myself. The Sisters in charge of the school were Franciscan and I felt very much at home there. To this day I am still in close contact with my three best friends from there—Maureen, Therese, and Loretta, who is a Poor Clare Sister.

Today, I am retired and reside in Arroyo Grande on California’s Central Coast. I minister at St. Patrick’s as lector, Eucharistic minister to the homebound and also assist with seminarian development through evaluations, reviews, and when necessary, ESL classes. Most recently, I chaired the synod project in our parish. I serve as a member of the French Community Hospital Board, as well as on the Clinics Board in Santa Maria. I am coordinator of the Associates in the area where we gather regularly to share our Franciscan charism. Two others who share a common birthday with me are also the only ones who have visited my hometown. Who would believe we would ever meet up with someone from Pe Ell?

In 1979, I spent four years teaching at our International School in Rome. For me, it was not only a ministry but also a learning opportunity and a highlight of my life. I met and taught people of other faiths, visited Assisi and Franciscan places in search of the GOOD that was present. In addition, I have been blessed to teach in Poland for a year and to work on Native Reservations. Rural and urban settings have been a part of my life—each in its own way acquainting me with God’s blessings. For those familiar with the Catholic edition of Living Your Strengths, my talents are developer, connector, strategy, ideation, and individualization. I find those words are a good description of me.

I will turn to the four-letter word GOOD as it is mentioned in the Book of Genesis account of creation to describe God’s work in my life, following in the footprints of Jesus and Saint Francis, who also went about doing good. GOOD is a simple four-letter word with hundreds of synonyms and core to everything I try to do.